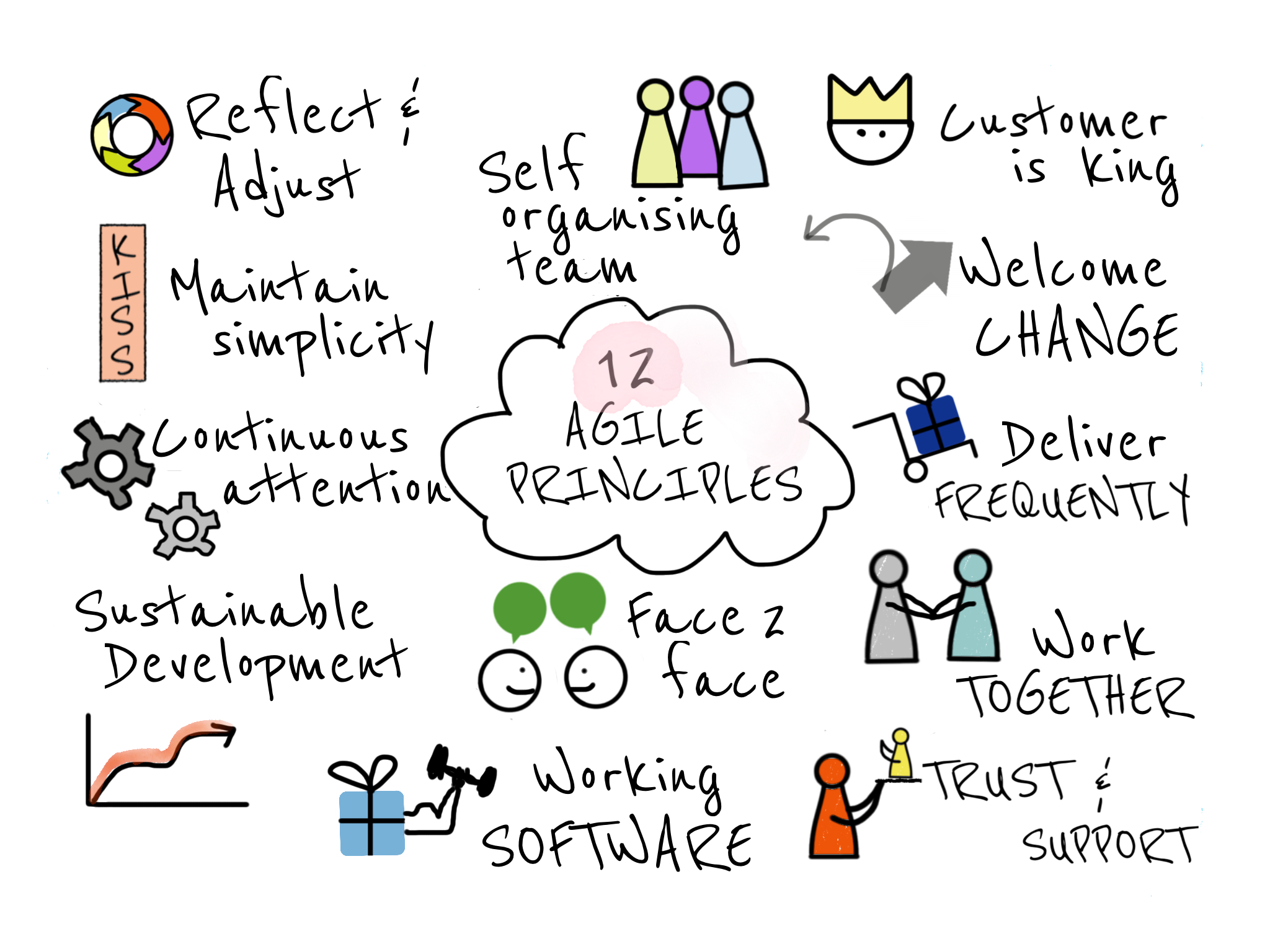 Let’s not underestimate the magnitude of the event at Snowbird, Utah 20 years ago. In this month back in 2001, 17 people came together to talk about alternatives to the documentation-driven, heavy-weight software development processes. They were all individuals sympathetic to the cause and many were already established as big shots in the industry coming from Scrum, XP and more. The objective was to get some kind of a common agreement to improve this matter. It required that they put their egos at the door and work together to ultimately produce the “Agile Manifesto” in three days.  The impact of this is, to this day, still profound.

In the last 20 years, the Agile manifesto was used to establish a mindset, a way of being and driving the culture of organisations to something that focuses on the humans. Creating value lies at the heart of the mindset, but it is about the people creating and receiving the value. The software industry was the first to adopt the 4 values and 12 principles of the Agile Manifesto. As the waves of Agile spread through software development teams around the world, so it also spread to other business areas and industry sectors.

Agile promotes engagement, collaboration and flexibility and it applies to all organisations not just software development. Ultimately, the development of software is still just a part of the end-to-end process of delivering value to customers. Marketing, for example, plays an integral role in the launch of a new software product. Even if the software gets delivered fast and with good quality, if Marketing operates on a traditional schedule, valuable software is not delivered and no-one gains.

It is becoming more apparent that Organisational Agility is important to get a competitive advantage in the 20th century. A great example of Organisational Agility is Tesla, now worth more than the 9 largest car manufacturers together. It is no longer just software development that thrives with Agile teams – living the values and principles from the top to the bottom applies to all organisations. It has taken a long time for other industries to latch on to Agile, but in the next 20 years, there won’t be an industry not focussing on delivering value super-fast.

Scrum Alliance organised the 20th Anniversary Event live from Snowbird, Utah. It aired on the 11th Feb 2021, but you can watch the recording here. They talk about the past, the present and the future of Agile. You can also read more about the history of this event here.

Who knows where Agile will be in 20 years? One thing is for sure, it is here to stay.